Menu
Log in
Register
Install the app
You are using an out of date browser. It may not display this or other websites correctly.
You should upgrade or use an alternative browser.

attached sprits and ghosts to objects

Haunted doll in Japan whose hair continues to grow


Maybe when my time is up and I crossover to the other side, I'll see her and she'll thank me for the doll.


I have another story to share. I remember reading about this incident. The doll in this story is the same type of doll I sent to my elderly aunt. I just thank my lucky stars that my doll's hair did not start to grow.


The Okiku doll has resided at the Mannenji temple in the town of Iwamizawa (Hokkaido prefecture) since 1938. According to the temple, the traditional doll initially had short cropped hair, but over time it has grown to about 25 centimeters (10 in) long, down to the doll's knees. Although the hair is periodically trimmed, it reportedly keeps growing back.


It is said that the doll was originally purchased in 1918 by a 17-year-old boy named Eikichi Suzuki while visiting Sapporo for a marine exhibition. He bought the doll on Tanuki-koji -- Sapporo's famous shopping street -- as a souvenir for his 2-year-old sister, Okiku. The young girl loved the doll and played with it every day, but the following year, she died suddenly of a cold. The family placed the doll in the household altar and prayed to it every day in memory of Okiku.


Some time later, they noticed the hair had started to grow. This was seen as a sign that the girl's restless spirit had taken refuge in the doll.


In 1938, the Suzuki family moved to Sakhalin, and they placed the doll in the care of Mannenji temple, where it has remained ever since.


Nobody has ever been able to fully explain why the doll's hair continues to grow. However, one scientific examination of the doll supposedly concluded that the hair is indeed that of a young child. 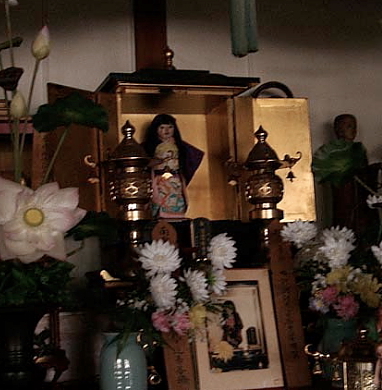 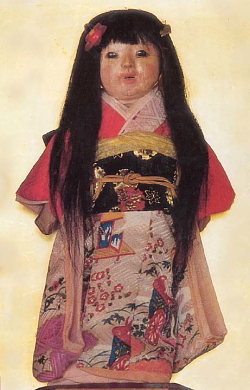 That is really strange, and really interesting. I wish you had it as a separate thread, to make sure people see it!